Can You Tattoo a QR Code? 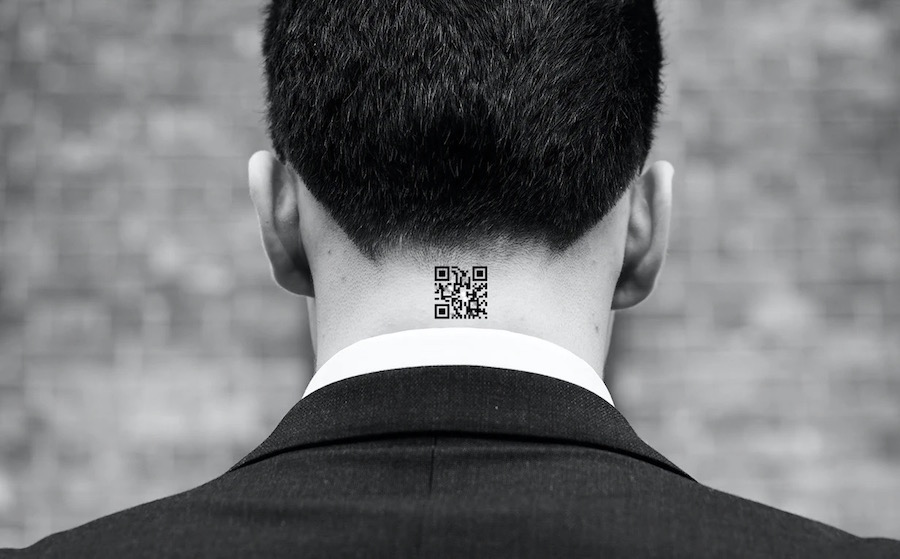 We hope that this doesn’t become a requirement one day. All of this talk about vaccine passports has even non-conspiracy theorists worried about government enforced “on person” tracking. But we digress. Instead, this article is for those who want to get a QR code tattoo for fun, satire, or their own functional reasons. Here’s a quick answer – YES, you can absolutely get a QR code tattoo. But here are some things that you may want to consider first.

4 Things to Consider Before Getting a QR Code Tattoo

In theory, in can. Assuming that the code has already been generated for connection to a digital resource it can work when scanned. This can be tested when the design is first transferred from the transfer paper to skin, prior to needle work. That said, there are definitely a few caveats.

For one, it should be done on a relatively flat part of the body, and should be large enough to allow for space between black squares as they are arranged in a square grid. If the inked fine-lines are too close together the Reed–Solomon error correction feature of scanners will not be able to interpret the tattoo. It can still be a small tattoo, but it will need to be comparatively bigger than the QR codes you see on your smartphone. The tattooist will also need to calculate how the tattoo will change in appearance (and scalability) once healed and leave room for error. The best QR code to tattoo is the Micro QR Code as it has only one position detection pattern, compared with regular versions that require a certain amount of area because position detection patterns are located at the three corners of a symbol. View the specs of generating a Micro QR Code if function is important to you. A QR Code Model 1 is still viable, but anything higher than Model 2 will create all sorts of tattoo scanning complications.

Where to Place It

Optimal placement for function, aesthetics, and conversation-starting include the following:

– Inner wrist just below the veins under your hand, but before the inner forearm.

Other functionally optimal placements but with less public visibility:

Honest answer? It won’t function forever. Even when done under the hand of an expert tattooist, ink on a design will widen. It may not be visible to the naked eye, but to extremely sensitive code-scanners a microscopic diversion from the initial rendition.

How long with the functionality last? It depends on how well you maintain it. Following your tattooist’s after-care instructions is imperative. But even beyond the healing phase ongoing exposure to sun will impact the integrity of the work. Size will also make a difference. A good size is somewhat larger than an iPad charger. Under perfect conditions you may get functional use from your QR tattoo for a few years, but honestly don’t let function be your driving force for getting this unique design.

Should You Do It?

A QR code tattoo can be awesome. It’s cheeky if you’re getting it for sociopolitical reasons, but can also be huge for your personal brand if you own your own business. Imagine if someone asks for your business card and you tell them to simply scan your wrist with their smartphone to access your website? They will NEVER forget that first meeting. A QR code tattoo can also be great for social influencers, using one as a link to a social profile (Instagram, TikTok, etc.). But again, you must always remember that functionally it likely won’t scan as you age over the next few years. Be sure of your motivation to get it done (as with any tattoo) and you’ll be pleased with the result.

Quality is key to getting a great QR code tattoo. If in the vicinity, don’t go anywhere other than Adrenaline Studios to get it done. Contact a tattoo shop near you (Vancouver or Toronto) to schedule your consultation.