World Oceans Day made landfall this week (June 8) marking the perfect occasion to discuss one of the most popular tattoo themes. But while you know you want an tattoo that pays homage to your love of the sea, you may be stuck for ideas. Don’t sweat it, because we’ve got you covered with some saltwater inspiration. 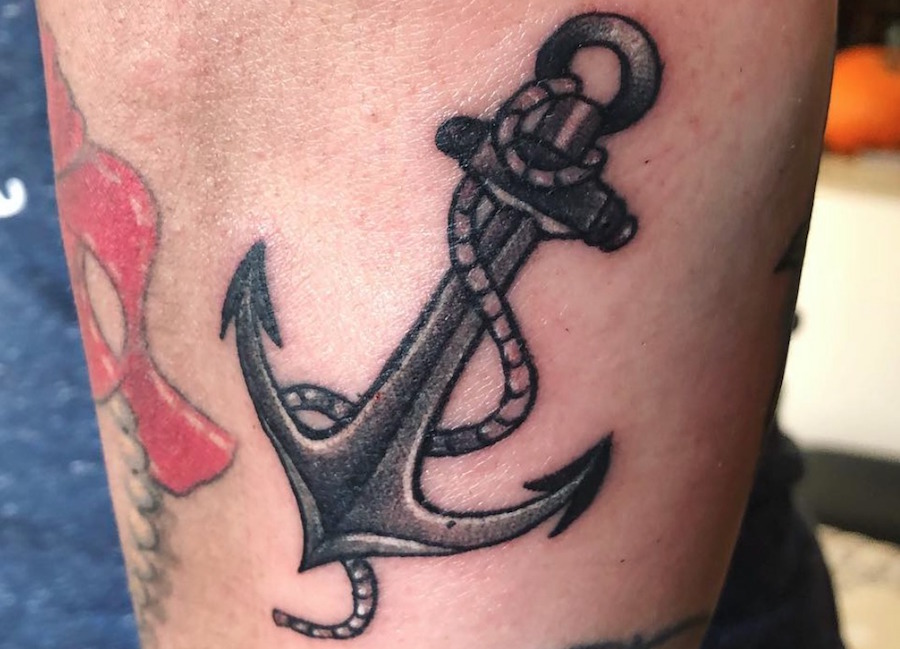 An anchor tattoo is the most popular, but never runs the risk of being dismissed as trendy. This longstanding staple in tattoo design honors maritime men and women today and those from generations before. An anchor tattoo also works well on many parts of the body, especially on the back of the calf, the inner forearm, the outer forearm, the nape of the neck, and on the hands or feet. View more on where to get an anchor tattoo. 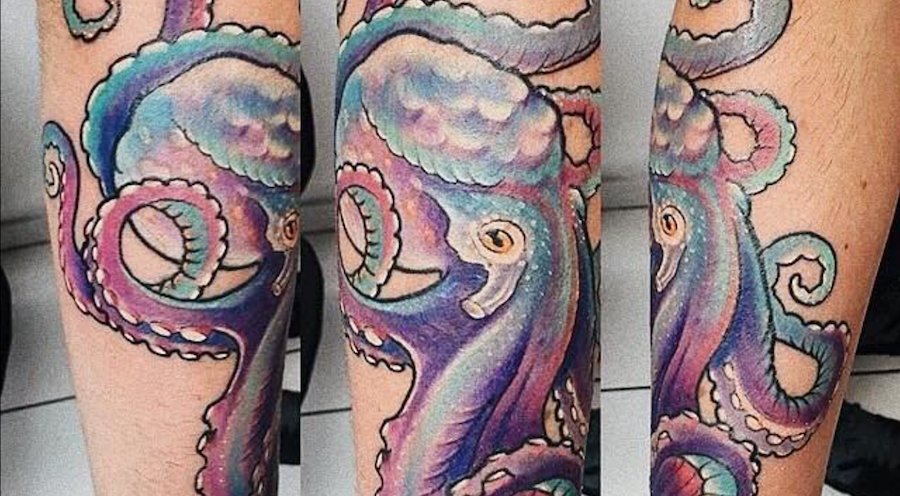 Sea creatures with tentacles work amazing as a tattoo. When inked (by a pro) their slender and flexible limbs will wrap around your own limbs with great organic effect. Plus, the fact that nearly all cephalopod sea animals produce ink makes the tattoo a double entendre. An octopus or giant squid are commonly requested, but for more dramatic effect you may consider a kraken –  the legendary sea monster of Scandinavian folklore.

When the Zodiac Stars Align

Some sea lovers are blessed enough to have their zodiac symbols align with the ocean tattoo theme, and each makes for a perfect tattoo. They include the following:

Aquarius (born between January 21 and February 20) – The zodiac symbol is of a water bearer, which can be represented via a figure pouring water from an ornate jug, or a pair of parallel lines to mimic waves on the ocean surface.

Cancer (born between June 21 and July 22) – The zodiac symbol if a crab, which gives you and your tattooist a lot of dramatic license.

Pisces (born between March 12 and April 18) – The zodiac image is a pair of fish, intertwined like a Ying and Yang symbol. To further customize, you can swap the fish out for a duo of dolphins, sharks, whales, manta rays, or other favorite sea creatures. Don’t be frsutrated, this pirate grumbling is nothing more than a reminder that #piratelife is a perfect tattoo theme. If you’re ready to walk the plank towards this concept then consider custom variations on following designs:

In Hawaiian mythology, an aumakua is a family god and deified ancestor, which is often manifested in the form of an ocean animal. Someone’s aumakua is not revealed to them until later in life. This revealing may come from an experience one has while out on the sea or on the sand by the shoreline. For example, a manta ray may have swum along side of you while snorkeling alone on a vacation, or a sea turtle may have shuffled ashore towards your place on the sand. There are no real rules to it however. Everyone has their own unique experience when it comes to connecting to nature and its wondrous creatures. At some point in an ocean lover’s life this connection with a sea animal is inevitable, and when it occurs they (you) will have found their aumakua. Honor it with a tattoo.

Contact an Adrenaline Studios near you to schedule a consultation.